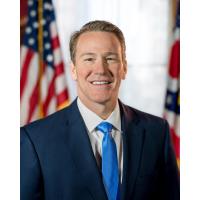 Join this event on Tuesday, September 1, 2020 from 11:00 am to 12:00 pm to hear Jon Husted, Lt. Governor of Ohio and former Chamber of Commerce professional speak. Lt Governor Jon Husted brings a wide range of experience and insight to the importance of local Chambers of Commerce in building our business community and growing our local economy.

Lt. Governor Jon Husted oversees the Ohio Common Sense Initiative (CSI) and serves as the Director of both the Governor’s Office of Workforce Transformation and InnovateOhio.
Jon Husted graduated from Montpelier High School and earned both his Bachelor’s and Master’s Degrees from the University of Dayton (UD). After receiving his Master’s Degree, Jon remained in the Miami Valley and served as the Vice-President for Economic Development at the Dayton-Area Chamber of Commerce.

As Secretary of State, Jon made it his mission to make Ohio the best state in the Midwest to do business by improving customer services and reducing wait times for entrepreneurs. Under his leadership, the state moved beyond week-long processing of paper forms and made it possible for businesses to interact with the state over the internet with the click of a button. He has also reduced the cost for starting a business in Ohio by 21 percent — making Ohio the least costly state in the Midwest to start and maintain a new business.

In 2017, Secretary Husted announced the efficiencies in his office had not only allowed him to cut the fees the state charged on Ohio entrepreneurs, but also eliminate the need for taxpayer funding for the government office entirely for the remainder of his term in office – a move that has saved taxpayers millions of dollars. This record of cutting cost and saving money to Ohio’s taxpayers is nothing new. As House Speaker, Jon led the passage of the most conservative state budget in 40 years, which included at the time, the largest income tax cut in Ohio’s history.

On November 6, 2018, Jon Husted was elected to serve as Lt. Governor of the State of Ohio. Husted also previously served as Ohio Secretary of State, Speaker of the Ohio House of Representatives, and a member of the Ohio Senate. 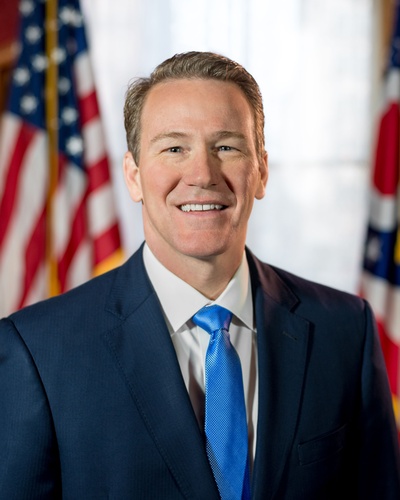 You must register for this event.
Zoom link will be sent prior to the meeting.