October Chamber Luncheon - What To Do When You Lose The Sale 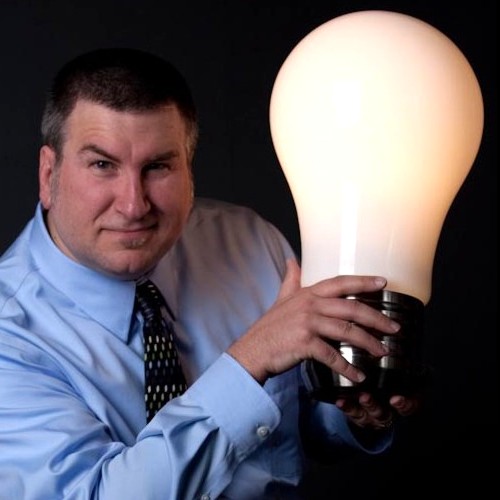 Don The Idea Guy shares real-world (and real simple!) ideas for business owners, sales professionals, and customer service representatives in every industry to strategically position themselves with a prospect to win the next project (and there’s always a next project!) even after being told "NO" the first time.

This creative and fun session shows the audience:
● Why NO actually means "what's next?"
● How easy it is to get lost prospects to publicly recommend you to other
● Three magic words to obey for a shot at the next sale
● ...And many more ways to bounce back after a setback

Inspired by real-world interactions with salespeople who had a shot at the "next" project even though they'd lost to a competitor on the original opportunity -- but removed themselves from the running. This is your chance to learn from the mistakes of others and set yourself apart from 99% of your competition (unless they’re attending this session too!).

Don has been featured in Fast Company Magazine, Small Business News/SmartBusiness, and interviewed by the New York Times as well as National Public Radio. He has contributed content on creativity and has been featured as a prime example of effective personal branding in multiple books on business and marketing; including Jim Kukral’s “ Attention! This Book Will Make You Money ”, Dave Balter’s “ Grapevine: Why Buzz was a Fad, but Word of Mouth is Forever ”, and Seth Godin’s ebook “What Should Google Do Next?”. Don also co- authored the original edition of “ Boring Meetings Suck ” and published his own guide to idea generation titled “ 100-Whats Of Creativity: Questions To Spark Your Creativity, Unmuck Your Mind, And Break Through Your Mental Blocks ” which has been translated into three languages and used all over the world as required reading in college classes ranging from Creative Writing to Engineering.

We will be meeting at Heritage Golf Club, 3525 Heritage Club Drive, and reservations are required by Wednesday, October 16th.  Feel free to bring members of your company to this important luncheon.

Thank you to Addiction Ministries and Neptune Society for sponsoring this luncheon.

No refunds.  By attending a Chamber event you are granting permission to the Hilliard Area Chamber of Commerce and anyone authorized by the Chamber to have unlimited right, without charge, to use your likeness in photos, videos, recordings and in all media now known or hereafter created to be used and distributed in perpetuity for promotional and publicity purposes. By attending an event you agree to release the Hilliard Area Chamber of Commerce and their staff, board of directors, members and their partners from any liability.